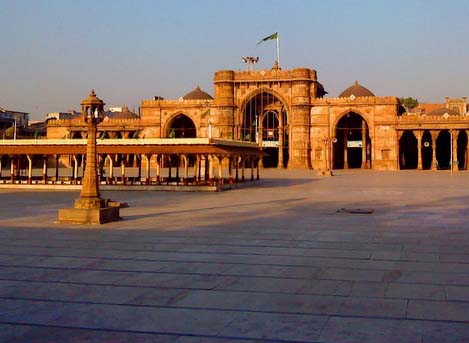 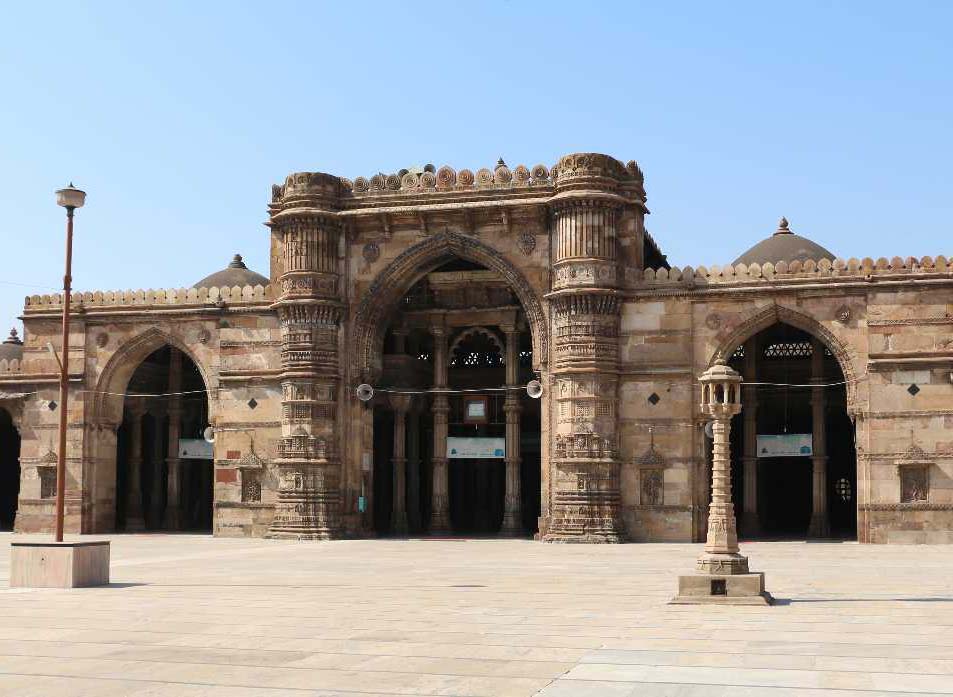 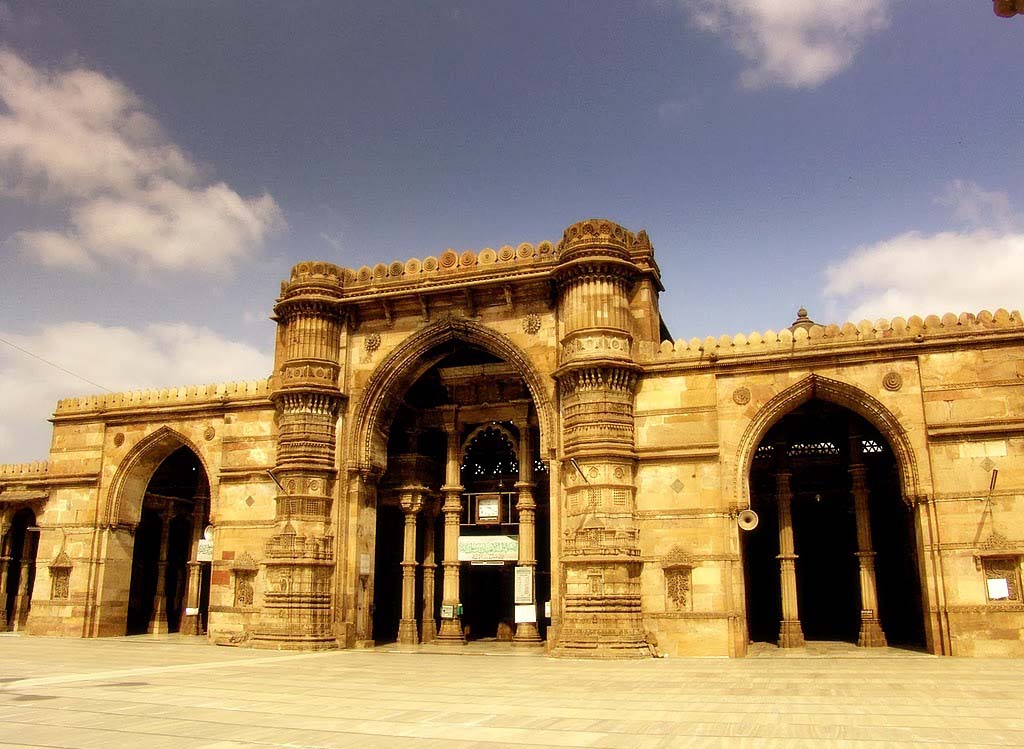 The city of Ahmedabad is adorned with the beautiful mosque famous as the name Jama Masjid or also sometimes referred to as Friday Mosque. Lying in the old walled city, the mosque is situated outside Bhadra Fort area, along the south side of the road extending from Teen Darwaza to Manek Chowk. It was probably the largest mosque in the Indian subcontinent built in this period. Designed as part of a major plan desired by the Emperor Sultan Ahmed Shah, the mosque is located south of the processional axis that runs from the Maidan-i Shah at the door with three arches, Teen Darwaza. To the west of the mosque are the tombs of Ahmed Shah I, his son and his grandson, Ahmed Shah`s Tomb. Nearby are the graves of the queens and the other wives of the king, Rani no Hajiro. The visit to the mosque is indubitably must when one visits the city of Ahmedabad. The color of the stone used for building the mosque was yellow in color. There is a large rectangle shaped quad that is located in the middle of the mosque and the size of this quad is 75 meters in length and 66 meters in its width. The mosque has the arcade in three different directions while the fourth remaining side of the mosque has a hall where the prayers are offered. The prayer room is also rectangular and covered by four domes. In its Indo-Saracenic architecture, the mosque also contains many syncretic elements not necessarily obvious to the viewer: some of the central domes are carved like lotus flowers, closely related to the typical domes of Jain temples; and some of the pillars are carved with the form of a bell hanging on a chain, in reference to the bells that often hang in Hindu temples. The wide open courtyard, floored with white marble, is ringed by a colonnade painted with giant Arabic calligraphy, and has a tank for ritual ablutions in the center. The mosque and arcades are built of beautiful yellow sandstone and carved with the intricate detail that mosques of this period are known for. While the two principal minarets flanking the main arched entranceway collapsed in the 1819 earthquake, their lower portions still stand. The main prayer hall has over 260 columns supporting the roof, with its 15 domes, making a walk through the hall a beautiful maze of light and shadows. The Wall of Prayer, the qibla is decorated. Pierced stone screens (the `Jalis`) are placed between the two pillars of the central openings. The main entrance is framed by two columns, the remains of two minarets (the`shaking minarets`) which were destroyed by the earthquakes of 1819 and 1957.