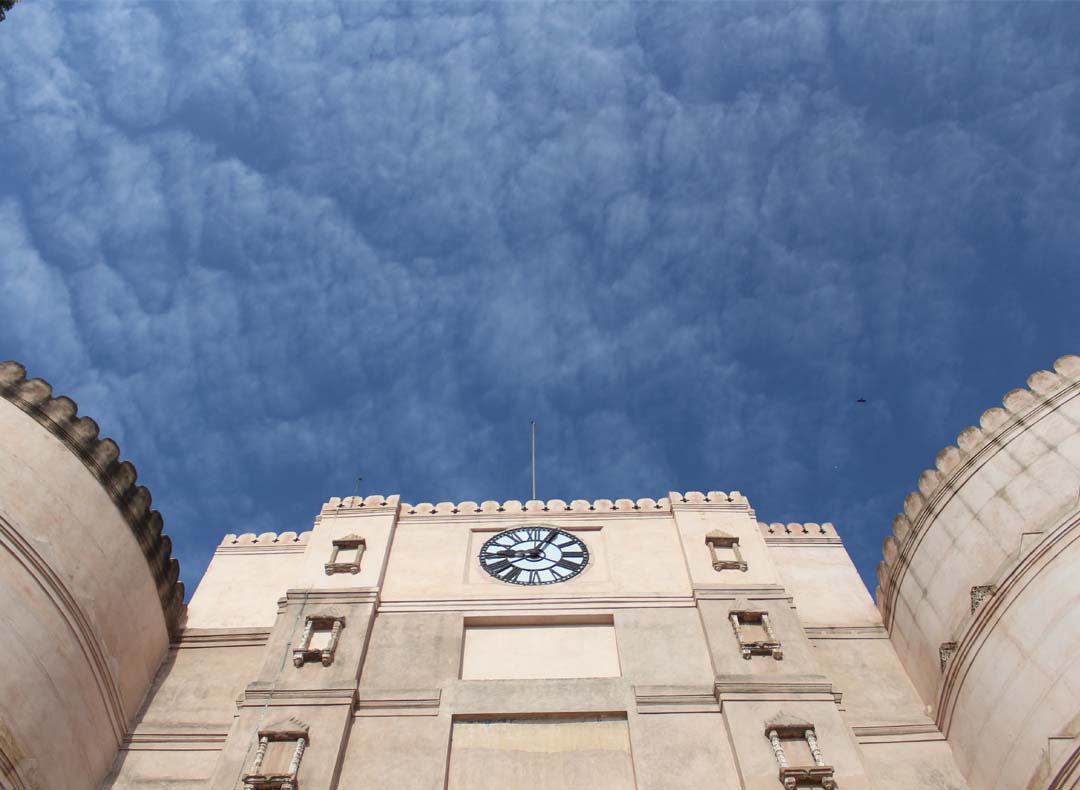 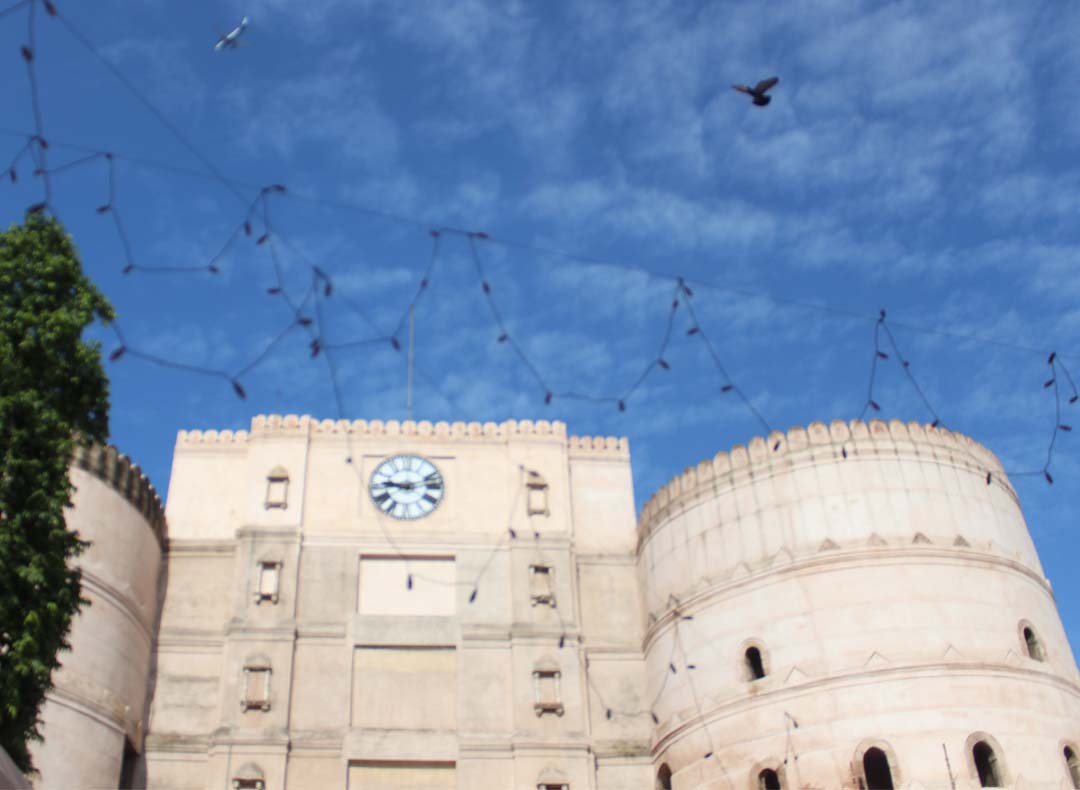 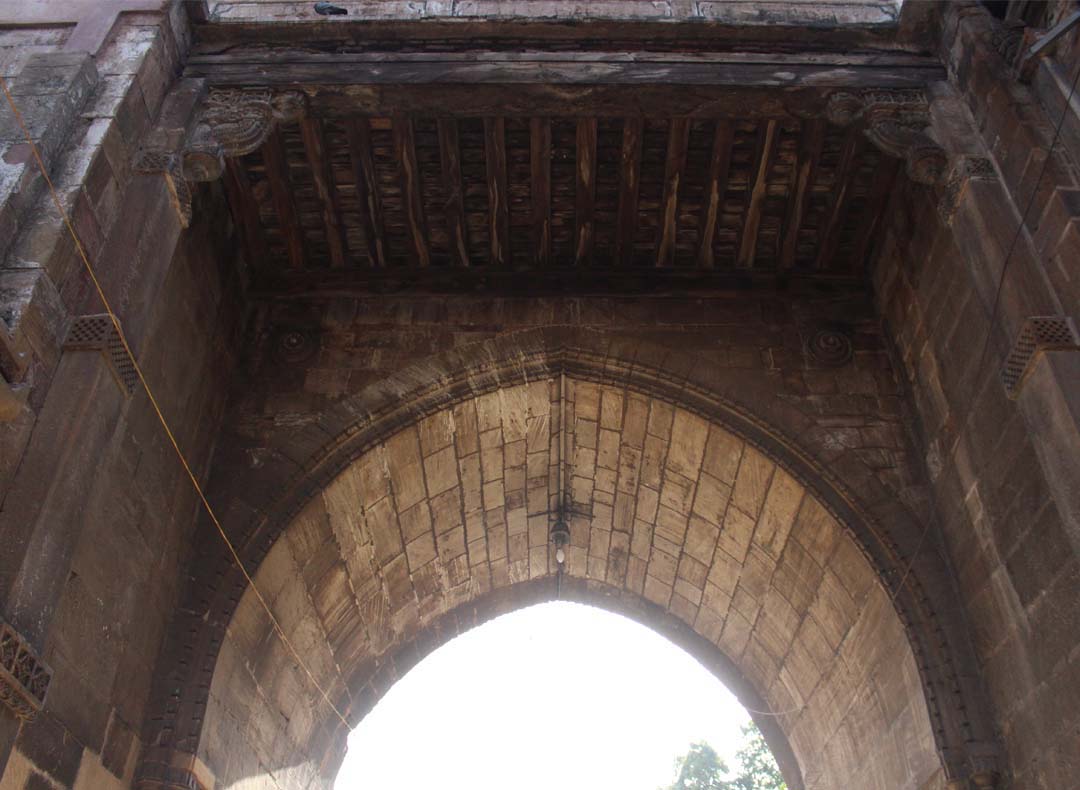 Bhadra Fort is situated in the walled city area of Ahmedabad, India. It was built by Ahmad Shah I in 1411. With its well carved royal palaces, mosques, gates and open spaces, it was renovated in 2014 by Ahmedabad Municipal Corporation (AMC) andArchaeological Survey of India (ASI) as a cultural centre for the city. Bhadra Fort housed royal palaces and the beautiful Nagina Baugh and the royal Ahmed Shah`s Mosque on the west side and an open area known as Maidan-Shah on the east side. It had a fortified citywall with 14 towers, eight gates and two large openings covering an area of 43 acres. The eastern wall on the river bank can still be seen. The fort complex was used as a royal court during his reign. On the eastern side of a fort, there is a triple gateway known as Teen Darwaza which was formerly an entrance to the royal square, Maidan-Shah. The road beyond Teen Darwaza leads Manek Chowk, a mercantile square. On the south side along the road, there is a congregational mosque known as Jami Masjid. The citadel`s architecture is Indo-sarcenic with intricately carved arches and balconies. Fine lattice work adorns windows and murals. There are some Islamic inscriptions on the arches of the fort. The palace contains royal suites, the imperial court, halls and a prison.