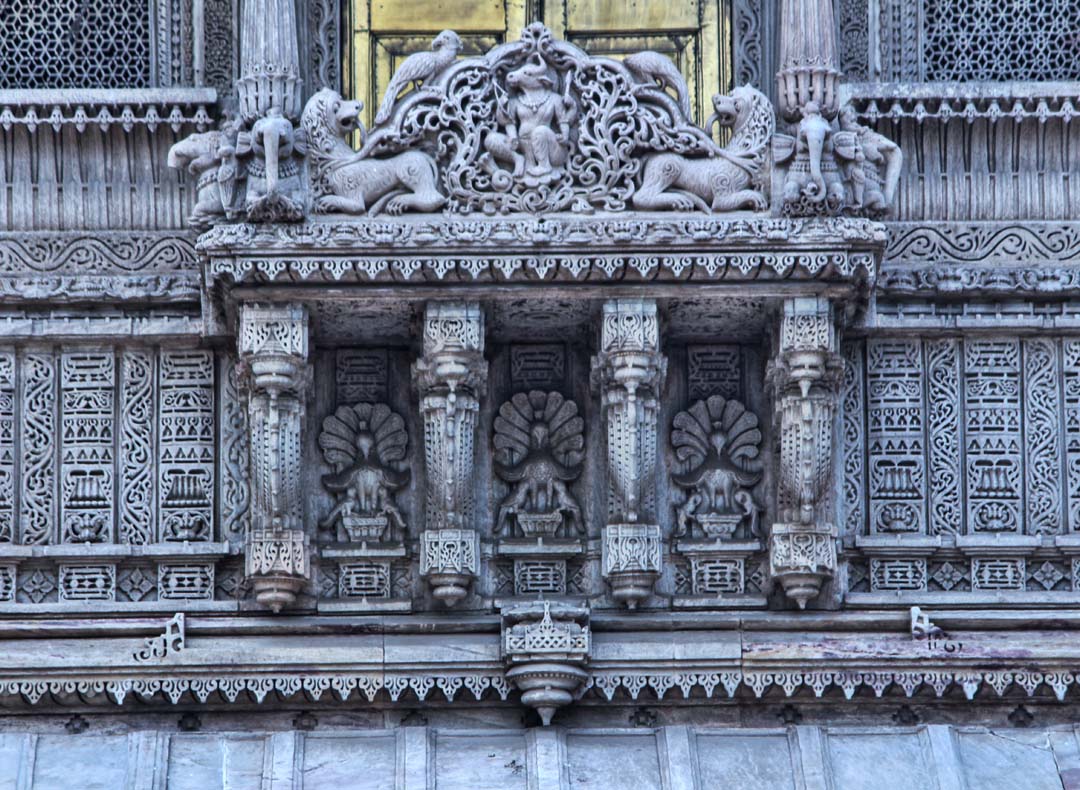 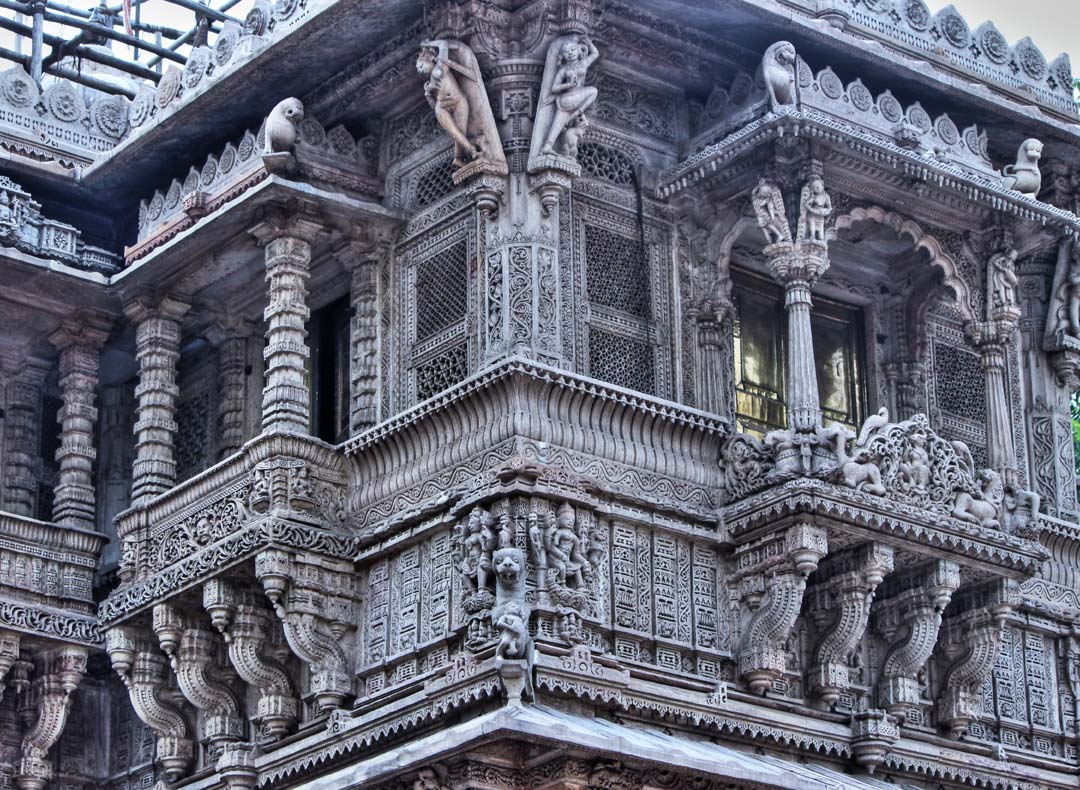 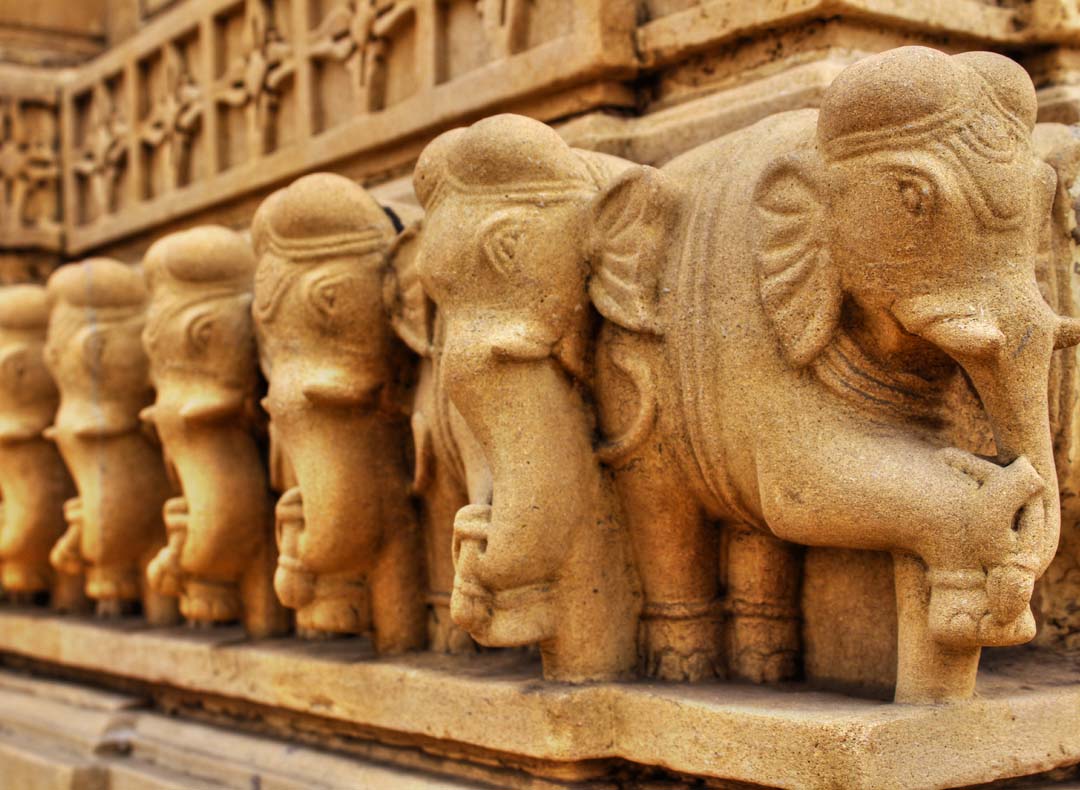 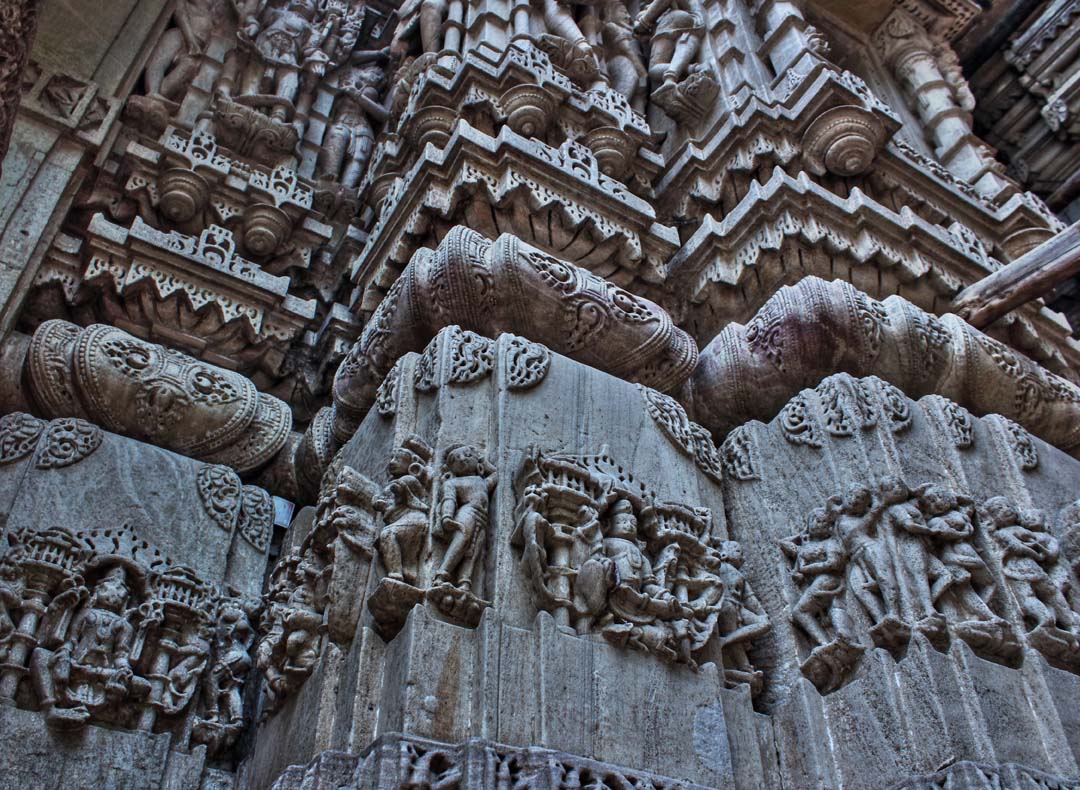 The Hutheesing Temple was created a hundred and fifty years ago by hundreds of artisans during the time a terrible drought hit Gujarat State in India, compelling hundreds of skilled artisans to migrate to Ahmedabad in search of work. The only means of livelihood for these migrant artisans was the Hutheesing Temple which supported them for a period of two years. The Hutheesing family possessed a Midas touch where commercial enterprise was concerned, and on the other hand, were deeply religious and socially conscientious citizens with a genuine conviction that they were under a moral obligation to share the benefits of their prosperity with the less fortunate fellow human beings. It was this philanthropic conviction that motivated Sheth Hutheesing to liberally donate for religious and social causes. He built a temple in their house known as \'Hutheebhai\'s Wadi\' for his mother Surajba who he was much influenced by. During that time Sheth Hutheesing harboured a more ambitious dream of building a large temple for which he started preliminary building activities but died at age 49, before construction activities could begin. Harkuvarba his wife was well aware how dear the temple project was to her husband and took it upon herself to ensure his dream was realised. She held meetings with architects, contractors, draftsmen, and all concerned while supervising day-to-day construction and keeping a keen eye on every detail of the structure. It took two years and rupees eight hundred thousand to complete the Hutheesing Temple which eventually became a prominent landmark in Ahmedabad. The deity\'s installation ceremony took place on maha Sudi Panchami in Vikram Samvat 1903, C.E. 1847.