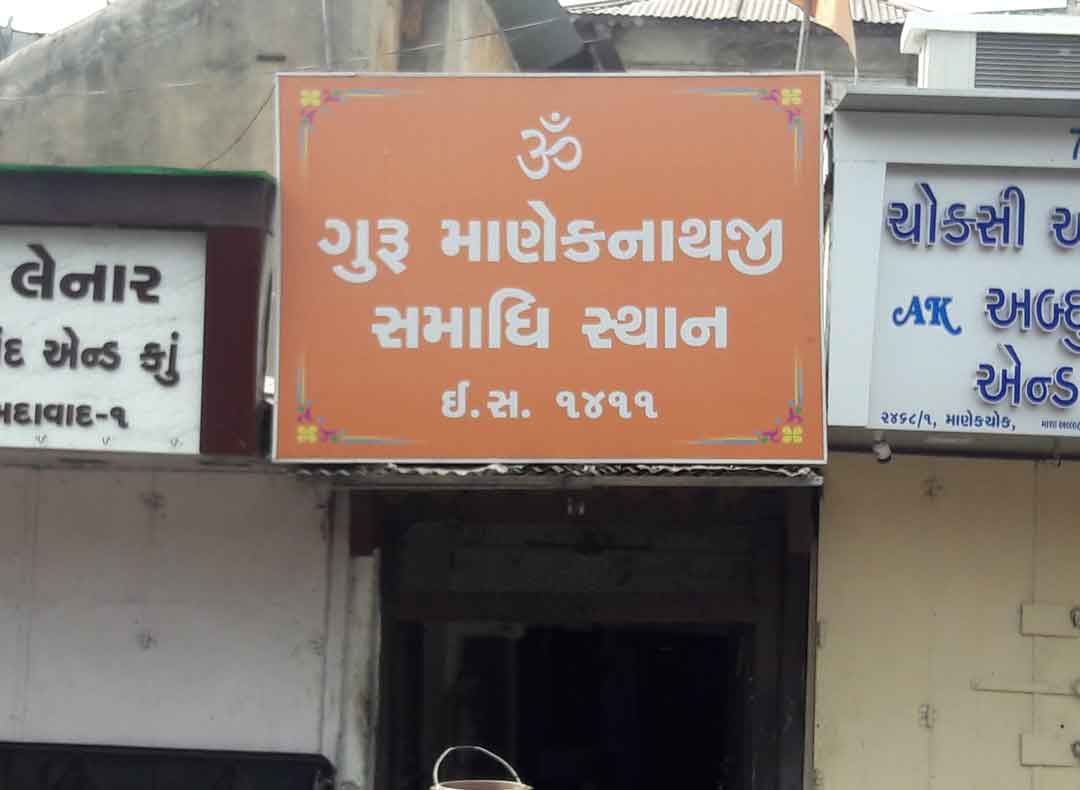 Baba Maneknath was 15th century legendary Hindu saint who lived on the banks of Sabarmati river near present city of Ahmedabad, Gujarat, India. It is names after saint Maneknath who interrupted and helped Ahmed Shah I built Bhadra Fort in 1411. He weave a mat during day while the fort walls were constructed, he then unweave the mat at night, magically crumbling down the walls. When this was discovered, he was invited to prove his powers to Ahmed Shah by putting himself into a kettle. When he did, Ahmed Shah sealed openings of kettle. On the other account he helped the king to locate the site from where the construction of fort started. Under his advise the architect of city walls Ahmed Khattu changed the layout of city. He was buried alive or took samadhi on the river island when Sabarmati river was passing through the city under Fernandez Bridge. The first quarter of the city, Manek Chowk, named after him and the memorial temple is situated there. The first bastion of the fort named after him, calledManek Burj, situated at the east end of Ellis Bridge.